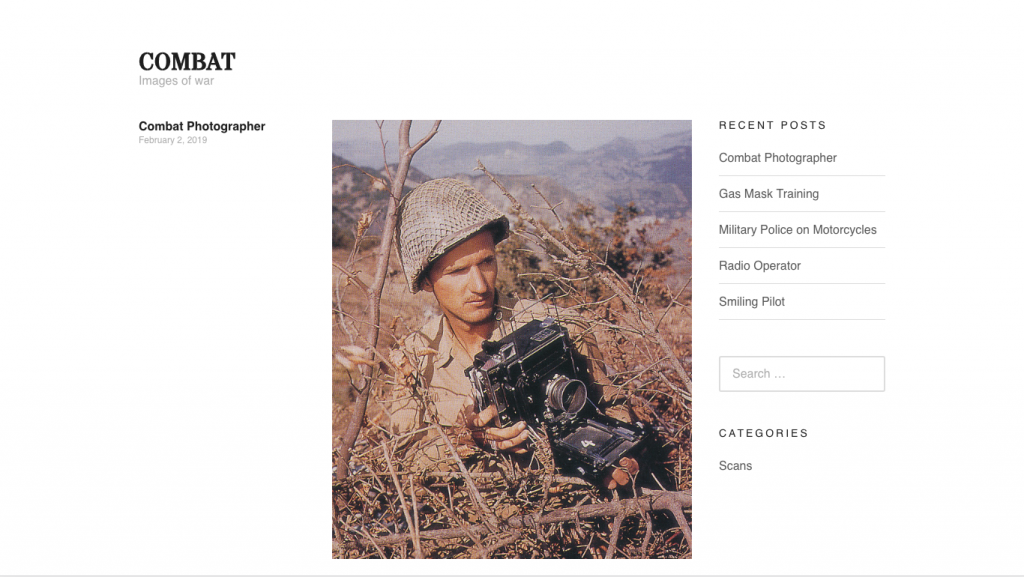 I had bought the domain on Flippa, I think in 2016. I previously had some ideas for it but decided to just use it for an art blog in the meantime.

At the time of writing I only have scans of cutouts from old books but I plan to add some of my own pictures from Iraq, images given to me by a Vietnam veteran, pictures of my scale models or custom figures, and maybe some writings about topics related to war and military life. This is why the only category shown in the screenshot is “Scans.”

Site is built with WordPress and hosted at MediaTemple. Child Theme built on top of the “Maker” theme.

I went with the Maker theme as a starting point because it was pretty minimal. This allowed the images to get more emphasis. I did however go with a vertical order rather than grid so that users have more time to visually interact with the image. I feel that smaller images have less impact. I increased the size of the site title and went with a stencil webfont.

I chose not to write anything in the actual post mostly because I don’t know the real story. I have no context, so why not just let the viewer gather their own meaning, reflect on what they know, or inspire them to seek more information. In the single post page, I did however minimize the title, and add related tags that I did know apply to the photo. 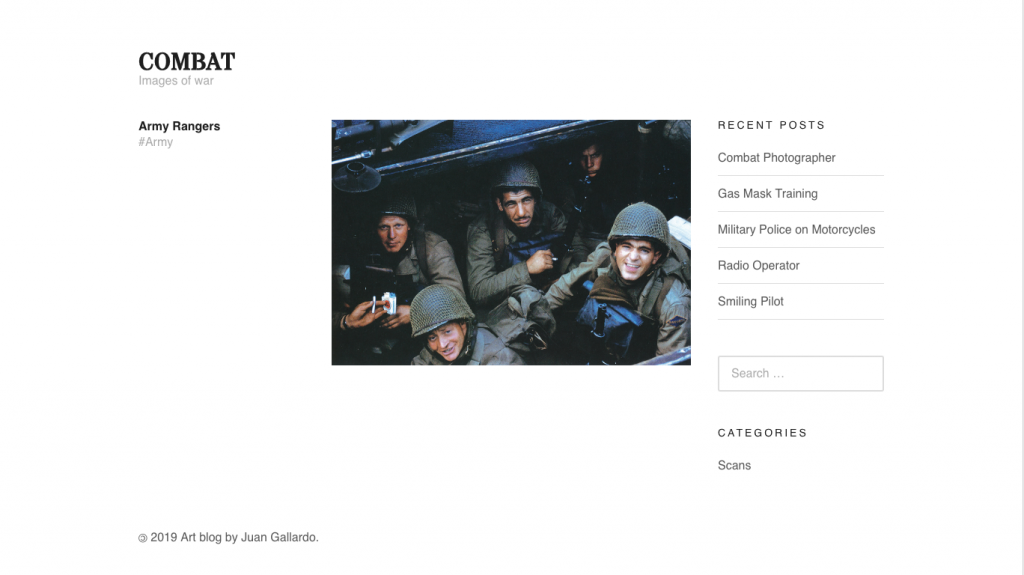 What I might change later is that on the post page i might remove the right sidebar, perhaps move it’s content to the bottom, so that i can make more room for the image.